This past October, we had the pleasure of partnering with another local film festival, United Nations Association Film Festival (UNAFF), for their screening of Skid Row Marathon.

UNAFF was founded in 1998 by Jasmina Bojic, Stanford educator and film critic. Jasmina was inspired to start UNAFF in conjunction with the 50th anniversary of the signing of the Universal Declaration of Human Rights. 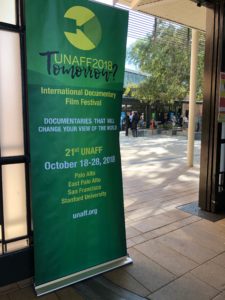 Now in its 22nd year, UNAFF has screened some of the most talked about and awarded independent films, including 7 that have been nominated for an Academy Award. Jasmina has also helped out with past Windrider Film Forums and has been a great local resource for managing film festivals.

So when we heard that Skid Row Marathon was going to be shown at UNAFF, it was only natural that we would partner in helping promote the film and screening.

The film festival spanned over 10 days in October in various locations across Palo Alto, Stanford University, East Palo Alto and San Francisco. Skid Row Marathon was shown at the Mitchell Park Community Center on October 21st. Filmmakers Gabi and Mark Hayes were in attendance, as well as Judge Craig Mitchell and several members from the Windrider community. 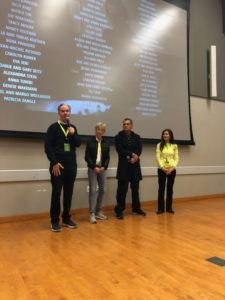 After the screening, Windrider Director, Terri Bullock, and Social Media Manager, Christina Bullock, gathered for a lunch with the filmmakers, Gabi and Mark Hayes, Judge Craig Mitchell and his wife at True Food Kitchen in Palo Alto. 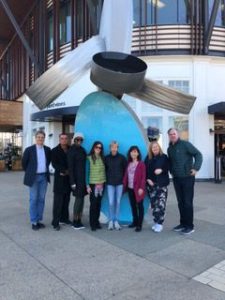 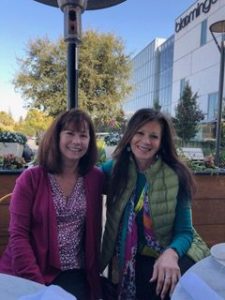 We love partnering with other film festivals and organizations to support these films and their causes.

Thank you to all who attended this screening and we look forward to bringing you more stories from our partnerships!