We’re so fortunate to have such an amazing group of volunteers here at Windrider Bay Area. Without their enthusiasm, dedication and hard work, what we do would simply not be possible. The next volunteer we wanted to highlight is Saila Kariat. 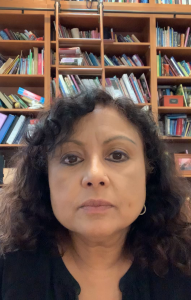 Saila is a writer, director, producer with a diverse background. She wanted to become a filmmaker since about the age of ten, when she watched a Satyajit Ray film called Postmaster. She explains, “It was a moving story about a temporary postal worker who takes care of an orphaned ten-year-old girl. It was extremely simple, yet striking and unforgettable. I was riveted by the power of cinema when I saw that film.” 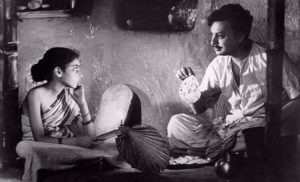 However, life took many turns as she started her career as an electrical engineer, having obtained a Ph.D. and working in the industry for ten years.  She then had two children, started and ran her own business and went back to film school at the age of 40.

After graduating, she then wrote, directed and produced her first feature film The Valley in 2016.  The Valley is a tragic story about an immigrant entrepreneur living in Silicon Valley who seeks answers after the suicide of his daughter.  It is a commentary about the high-pressure culture of Silicon Valley and how it contributes to mental health issues with sometimes disastrous consequences. 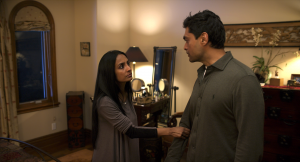 The Valley went to over twenty film festivals and won best feature film in four festivals. It was even invited to the Mumbai Film Festival, which was quite an honor. It was a big challenge to produce and direct, with multiple locations and an international cast, but served as an enormous learning experience for Saila, both in what she should and should not do for her second feature. 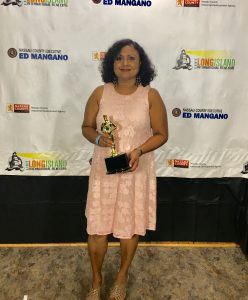 She has since written three feature length screenplays, Gods and Demons, a drama about an idealistic woman doctor in South Africa who becomes involved with a nihilistic traveler who ends up in her clinic, Love in the Time of Corona, a romantic comedy about an unlikely pair of strangers who are forced to shelter in place during Corona, and I Was Never Awake, a drama about a bitter middle-aged divorcee who confronts her loneliness and alcoholism when her daughter goes away to college. Saila will be pursuing co-producing and directing I Was Never Awake.

About ten years ago, Saila started attending Windrider and was amazed by the quality of films and enthusiasm the audience had for the programming. Since then, she now serves as a volunteer on the executive committee of Windrider as a moderator and outreach coordinator.

When asked about what she loves most about Windrider, she replied, “I like the mission of seeking out films which view the world through the “lens of hope.” I have attended many film festivals, which generally tend to focus on dramas.  The darker aspects of life are often depicted in these films in a beautiful and moving way. These are, of course, a part of the artistic experience and necessary.  Too often “feel good” films are relegated to large commercial Hollywood films. Windrider captures that unique niche of a positive message encapsulated in a beautifully crafted independent film.”

We could not agree more.

Out of all the Windrider films Saila has seen, DeKalb Elementary is one of her favorites.

She explained, “I found DeKalb Elementary extremely affecting.  It is based on an actual incident in Atlanta and is a story of a troubled young man who enters the DeKalb school office with a rifle in hand.  The man suffers from mental illness, and he and an office administrator, a middle-aged woman, are left alone to deal with the situation.  She eventually talks him down, and he drops his weapon and turns himself in.  The story deals with issues which interest me, gun control, mental health and the heroism and strength of an ordinary woman.”

We’re so grateful for Saila’s support and for her unique perspective as a filmmaker herself!

Click below to watch the trailer for The Valley.