Windrider Bay Area Director, Terri Bullock, was in attendance, as well as Social Media Consultant, Julie Mell. While they were there, they also attended the national Windrider Institute event (read more about that here). 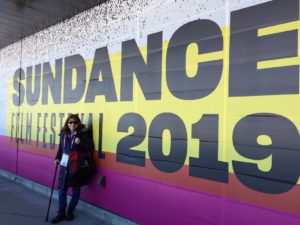 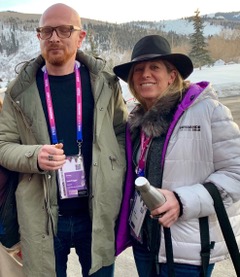 While it was difficult to narrow down, here is a list of some of their favorite films at the festival. Be sure to keep a look out for them if/when they become available in theaters or for in-home streaming!

Charming and forthright, Ask Dr. Ruth chronicles the life of the famous sex therapist, Dr. Ruth Westheimer from her escape from Nazi Germany on the Kindertransport to her trail becoming one of the leaders of sex education.  Still going strong today at 92, she’s not slowing down at all. It’s funny, sad, touching and great fun to watch.

The story of husband and wife filmmakers and their love for their children as they run from the Taliban and face extreme circumstances at each country border.  All filmed on their iPhones over almost two years on the road.

The unsolved mystery of UN Secretary Dag Hammarskjöld’s death by plane crash Hammarskjöld’s filmmaker, Mads Brügger becomes both filmmaker and subject, challenging the very nature of truth by “performing” the role of a truth seeker. In digging deeper, Brügger uncovers a shocking secret that the world will undoubtedly need to know. It is humorous in its execution and bigger than many unsolved mysteries.

‘Knock Down the House’

If you like strong female leads in films and politics, this is for you. Alexandria Ocasio-Cortez is one of four featured women running for Congressional seats in this film and the music, story, and editing are terrific.

‘Raise Hell: The Life and Times of Molly Ivins’

This film is as full of character as the subject herself. Liberally minded and outspoken, Molly Ivins is a political reporter on the wrong side of most of Texas’s Republican thinkers. It’s wonderfully edited and the music keeps the story alive and moving.

It’s a lovely family portrait of a Chinese family comedy that is both nurturing and protective. Aquafina stars in this film. Windrider Institute had the director, Lulu Wang, came to talk with the group about the film. 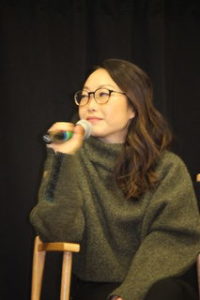 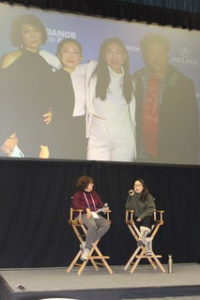 ‘The Farewell’ Director Lulu Wang at the Windrider Institute

A fun dramatic story starring Jillian Bell, of improving one’s own life, based on the filmmaker’s best friend. Julie even attended a panel discussion at the Chase lounge to hear the director, Paul Downs Colaizzo and some of the cast members talk. 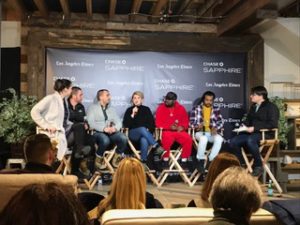 This is not only fun to watch because it’s completely filmed in San Francisco, but it deals with a problem we’re all facing. Gentrification. It’s well acted, written and is as clever a film as an independent film made and shown at Sundance.

Have you heard of or seen any of these films? Comment below on which ones you’d like to see!