On Tuesday April 21st, 2020, P.O.V. hosted a virtual screening and Q&A of the film Inventing Tomorrow, as seen at Windrider Bay Area 2018. 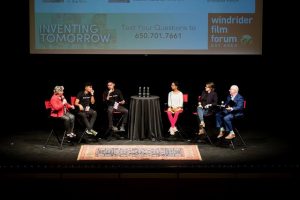 As you may recall, this incredible film follows students all over the world as they prepare for the largest international science fair. When searching for students to feature in the film, filmmaker Laura Nix sought after students who were looking to address both local and global issues that they felt a personal connection to. By telling each of their stories, Nix wanted to show the interconnectedness within the world.

Nix touched on this during the virtual Q&A saying, “The goal for the film is to instill agency and to take action when you see a problem.”

She then went onto discuss that she hopes that when students see this film, it will help them to figure out how to solve problems in their own world through systems thinking. 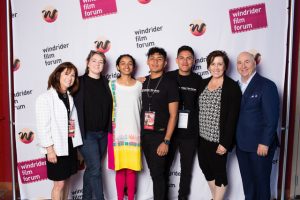 When asked about how this film relates to our current pandemic situation, Nix explained that just as in the film, we are all connected. In order to tackle these problems, she believes we need to take a more interconnected, interdisciplinary global approach for our health.

In case you missed this live streaming or our screening a few years ago, Inventing Tomorrow is now available to rent on Amazon Prime. The film is also available to teachers across the U.S. for free, along with lesson plans to accompany the film for students. More information can be found at inventingtomorrowmovie.com/. Additionally, PBS Learning Media has educational support materials that can be found here.