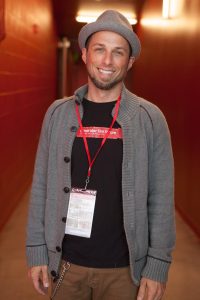 If you’ve attended one of our Windrider Film Forums in the past, there’s a good chance you’ve seen or met Tony Gapastione. Tony has been involved with Windrider from the very early days and has helped with a variety of tasks including social media, coordinating filmmakers and moderating Q&As.

In particular, Tony has been a tremendous help managing the microphone during the Q&As. After each film is shown, Tony would receive text messages with questions audience members had about the films for the filmmakers and actors that he would sort through and read aloud. 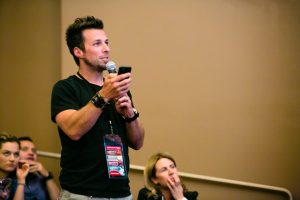 For those who wished to ask the filmmakers questions directly, Tony was tasked with passing around the microphone to audience members around the theater.

In addition to Windrider Bay Area, Tony has attended many of the Windrider Forums in Park City, Utah during the Sundance Film Festival, as Tony is an independent filmmaker himself.

In fact, he has written and produced several independent films, which you can read more about here. 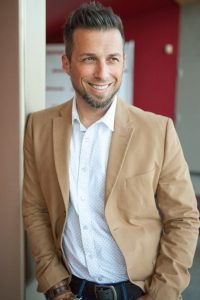 Recently, Tony has been working hard on creating his own independent film festival.

The festival is being held in Redwood City this weekend from June 1st – June 2nd. To learn more about BraveMaker and purchase tickets, click here. 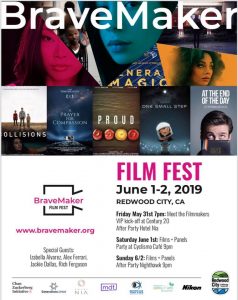